Misfortunes of living by a wind farm, the writing below is a bit i originally put of facebook,

I was asked a while back on a face book group to do a bit about how life changed when Grouselodge wind farm in Co.Limerick became operational about 2011, how has it affected us and so on, The wind farm is about 850m from my property 6 turbines, it is set outside the setback, we moved into this property after the planning had been approved for them and groundwork had just started, to begin with i believed what wind farm operators and planners tell you, that they are not noisy, they don't make you ill etc, etc, that as i now know is all lies.

Its is worth noting that it is just myself and the wife here all the kids have grown up and left home,
the wife says she isn't affected by it, but sometimes i see her holding her head like she has a constant headache, you get to know someone after 30 odd years of marriage, she does go to work each day, so she can get away from them, I am here all day everyday, my job is here, no escape for me

We had to have double glazing fitted the first couple of months of the 6 turbines becoming
operational we can still hear them in the house, yet we are told they are running at the allowed noise
levels. (see noise recording) Along with the constant whoosh whoosh whoosh of the rotating blades there is the constant grinding of machinery, a constant buzzing/humming noise can be heard inside all day, i liken it to the film War Of The Worlds you have seen the film, heard the noises off them that is what the turbines sound like, when they are running it seems that there is a different pressure in the air i may be wrong, but i feel that the air pressure waves that come off them have a detrimental effect on broken/injured bones i will tell you why.

Health wise this is the daily feeling, tinnitus, numb tingling face, ears throbbing/feel full, twitching eyes, blurred vision, constant feeling of tiredness, shortness of breath, when you wake up feeling short of breath you know something is not right and begin to question what, liken it to being 4000ft up a mountain and lack of oxygen that it what it feels like, we have actually moved into the spare front bedroom to try to get away from the noise yet they can still be heard at night, even writing this on the laptop, i know it is still yet it feels like everything behind it and to the side is moving around in a circular motion.

We have shadow flicker in the evening, in the summer, sitting in the front room it seems like it bounces off the trees at the front of the house, turns 360 degrees through the window onto the fireplace wall, so if you work it out the shadow flicker is basically going back on itself due to what it is bouncing off and the angle etc.

I have noticed a decrease in bird life swallows, pigeons crows, we did used to have a hen harrier visit quite often, it still pays a visit but it is a rare sighting these days.

Can we afford to move out, the simple answer is no, if i went to look at property now and there was a wind farm in the pipeline, would i move into the property no matter how cheap, the simple answer is NO, these things will kill your community, destroy your life and your well being will go downhill
pretty quickly, I have heard of other local residents being affected in some way, some have moved
away completely due to ill health, it is very disappointing when something is built with claims of
improving the area and infrastructure and all it does is to ruin local residents daily life, a wind farm
operation that receives subsidies paid for by the tax payer should not make the local residents ill or
for them to leave their properties due to noise, illness, etc, it is all well and good paying local groups a few thousand each year in funding but the tax payer is paying for this themselves to start with, what about the local residents close to the wind farm that are being affected, the wind farm should be
compensating these people, went off on a bit of a rant there, but there you go.

The only people that benefit are the wind farm operators/owners, government, landowners, the
amount the land owners get paid each year per turbine they can afford to move away, i would love to go to the land owner of Grouselodge and ask how his health is and of his family, ask how is sheep are, has he had any more lamb miscarriages than he used to have, is he proud of forcing local home owners out of their family homes due to noise and infrasound, making local residents ill, he would have signed a gagging order though that prevents him from discussing the wind farm, that is how wind farms work, i would love to see the planners who approved it have some on there back garden and see how there health is in a couple of years the side effects are not instant it can take a while to start feeling ill, but then you feel ill constantly, basically if a wind farm comes near you fight till the bitter end other wise you will suffer, It is just greed at the cost of local residents health.

Dont get me wrong i am all for renewable energy etc, i even grow poplar and eucalyptus that i
coppice each year for fire wood, some people frown on this as you are cutting down a tree to burn it, yes i am but it grows back it wont make you ill whilst it is growing, i would rather see a forest of coppice trees than a wind turbine

All The Pain From Wind 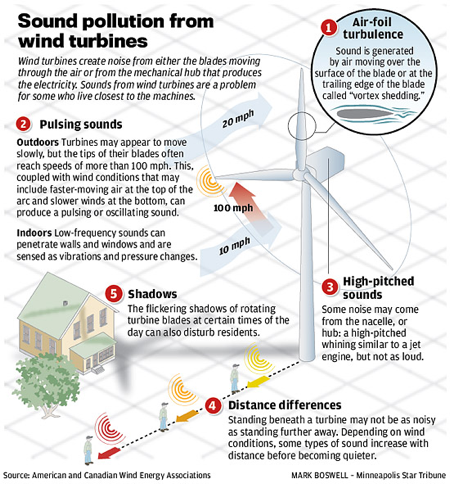 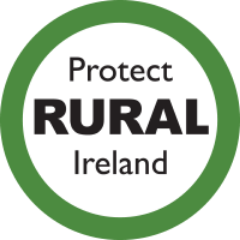 One of the conditions set out by ABP was to measure the noise a certain way, AWN who carried out the noise monitoring decided to change the ... 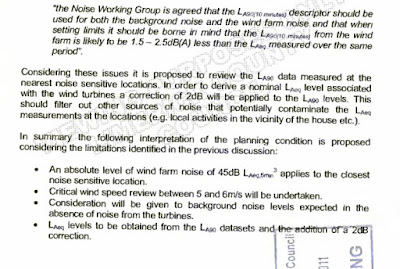 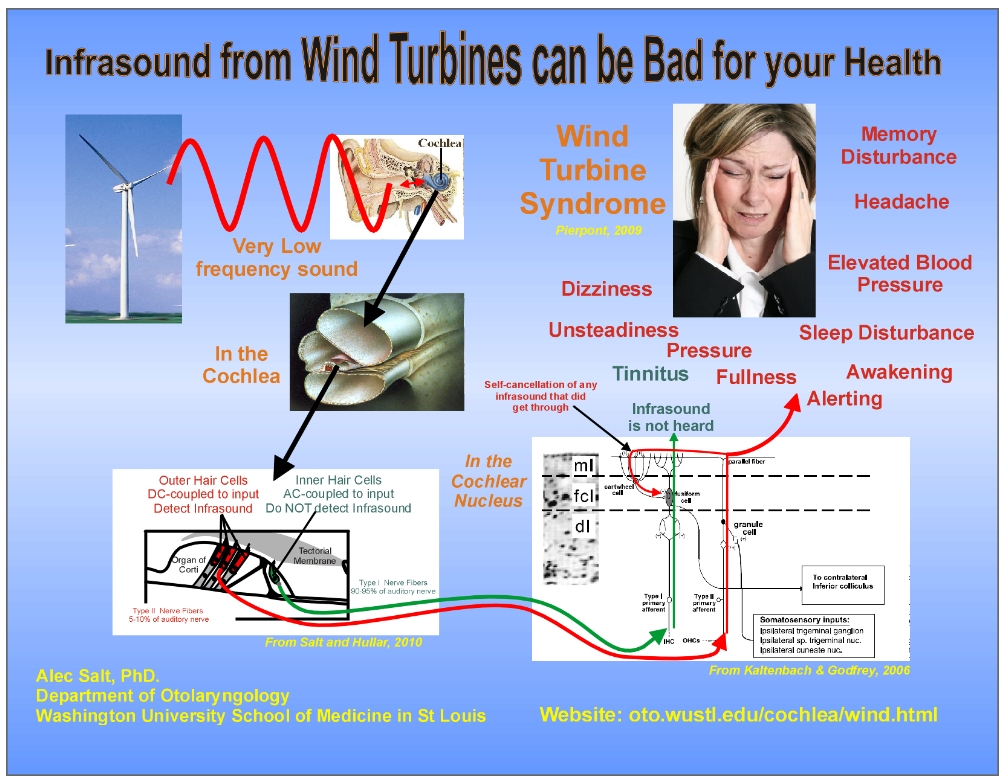 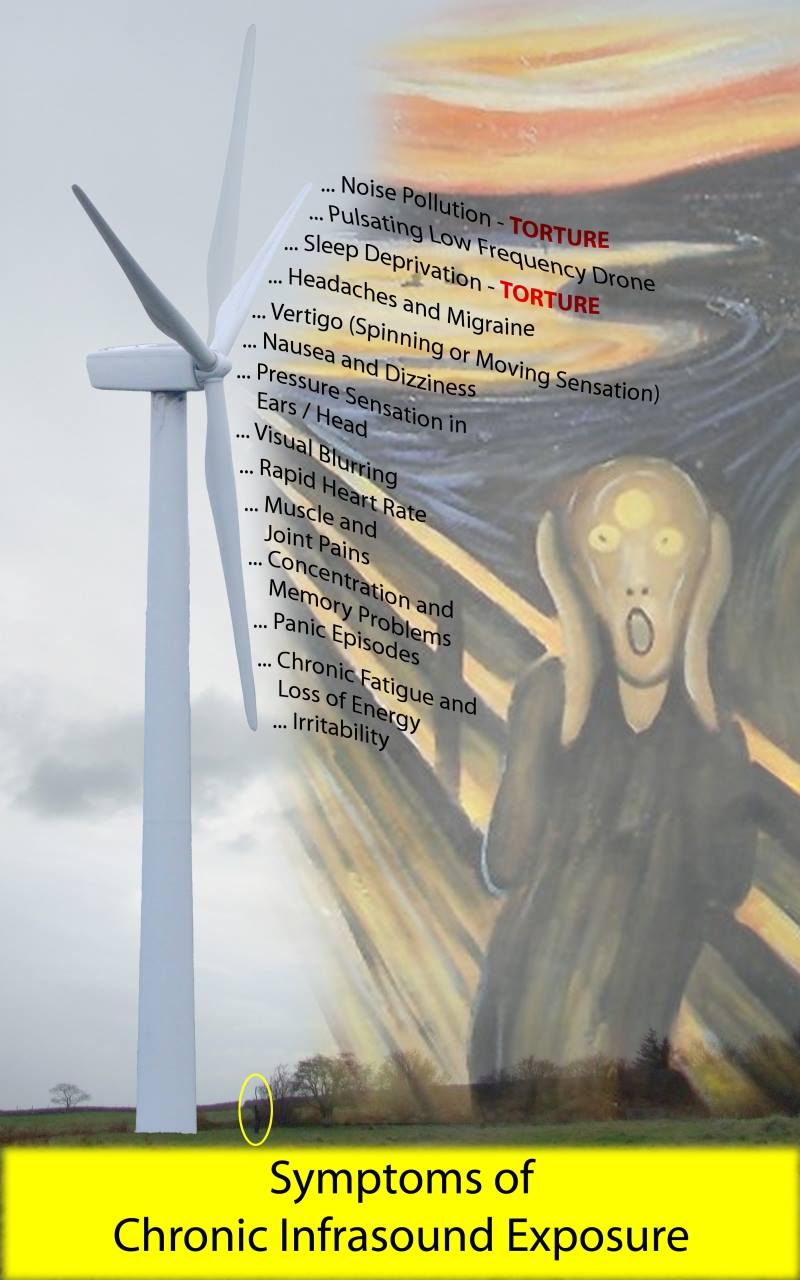 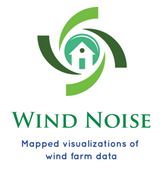 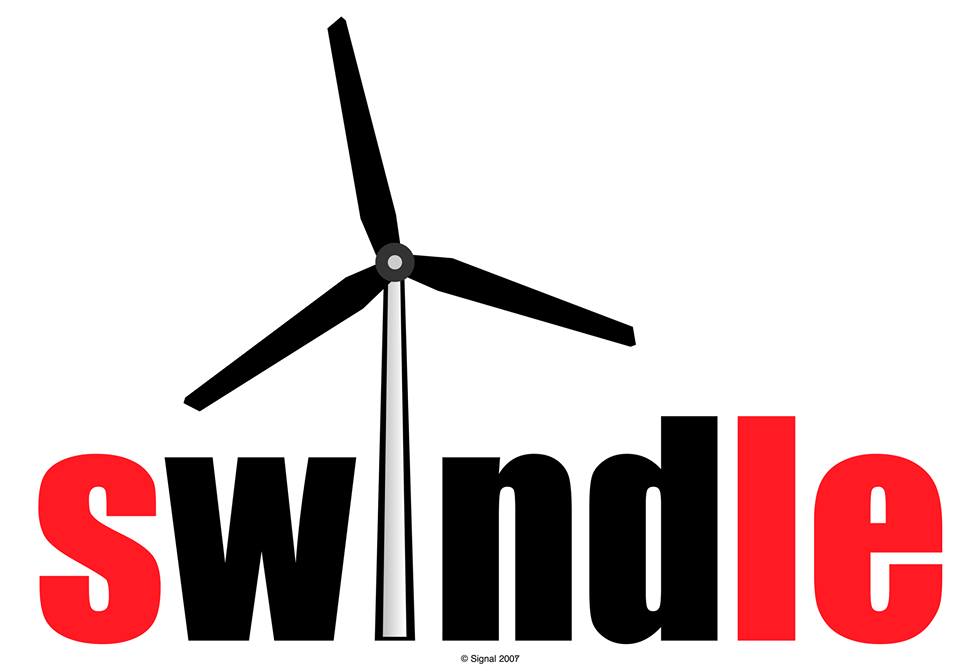